Within the borders of Goreme Historical National Park in Cappadocia, one of the oldest settlements in the region, Zelve Open-Air Museum is named after the valley where it is located and is located on the Goreme-Avanos Highway. Zelve Valley, one of the most beautiful and densely formed places of fairy chimneys, which are called natural monuments, is one of the most interesting places in Cappadocia.

Zelve, where Christians lived between the 9th and 13th centuries and was an important religious center at that time, was used as a settlement for local people until the 1950s. Zelve, which has houses carved into the rocks, churches, monasteries, tunnels, dovecotes, mosque and village square, is open to visitors today as an archaeological site.

Zelve Valley, one of the most important valleys of Cappadocia, is located 3 km from Avanos, at the end of Pasabag and at the end of the road. Zelve, which consists of three valleys, is definitely worth seeing with hundreds of interesting fairy chimneys with pointed ends and wide bodies, while at the same time it is the most intense fairy chimney formations in Cappadocia.

While you need some spirit of adventure and a flashlight to discover Zelve Valley, which is among the places to visit in Avanos, it is very difficult, but not impossible, to climb to the second valley by climbing through the tunnel that connects the two valleys on the right as you move from the parking lot.

Zelve Open Air Museum, located within the borders of Avanos district of Nevsehir, is located on the steep northern slopes of Aktepe, within 2 km of the Goreme-Avanos Highway and thousands of people visit Cappadocia's world-famous, unique landforms every year.

Although it is not known exactly when the settled life started, this settlement, which is known to be carved into houses, churches and monasteries by the Christians who settled in the region after the 7th century, became an important religious center of Christians especially in the 9th and 13th centuries. At the same time, while it is known that the first religious seminars were given to the priests in this region, it was among the most important Christian settlements of the region until the 13th century and finally, Zelve opened its doors to the Turks with the arrival of the Turks in Anatolia.

While the ancient Christian settlements in the Zelve Valley were used by the Turks as warehouses, animal shelters and houses, settlements were established in the valley. The old village, consisting of houses carved into the walls of the valley, was entrusted to the Turks when the Greeks settled in the population exchange in 1924 immigrated to Greece.

The reason why Zelve Village moved to Aktepe village (New Zelve), 2 km north of the valley between 1949-1954, is the danger of rockfall and erosion in the region. The valley, which was completely evacuated in 1954, was organized as an open-air museum in 1967, transformed into an archaeological site and its doors were opened to visitors.

In the Zelve Open-Air Museum, it is possible to find natural formations such as fairy chimneys, volcano cones, as well as man-made structures such as churches, monasteries, underground cities and valley settlements. The magnificent churches reflecting their period and built under the influence of the landforms make the region a center of attraction for visitors.

The Zelve Open-Air Museum, which is spread over the area of ​​3 valleys, is the first of the valley known as Zelve Valley, and the Uzumlu (The Grape) Church and the Balikli (The Fish) Church are located. The chapels of the churches, which took these names because of the grape and fish reliefs, date back to the 10th century, and the churches to the earlier centuries. While the churches, which are the 9th century structures in the valley, where the most striking of the rock-carved habitats are encountered, belong to the pre-iconoclastic period, they became the most famous churches of the Cappadocia region and were made by carving the fairy chimneys at the entrance of the valley.

Uzumlu Church, also known as the Saint Nichitas Church, is located in the west of Ortahisar, within Zelve Pasabaglar. The fairy chimney formation where the church at the entrance of Kizilcukur Valley is located is a structure carved like a monastery complex where monks lived. In the upper part of the church located below the fairy chimney, there is a relief ceiling with a relief cross on the ceiling.

Since there is an inscription of Stylite Nichitas in the dedication of the church, this church is also known as the Church of Saint Nichitas, but the exact date of the church is unknown, but it is said to date from the seven to ninth centuries. The distance of the building to Ortahisar is 3.5 kilometers.

The dovecotes were carved into high cliffs and dated to the 19th and 20th centuries. Pigeon manures obtained from dovecotes, which have motifs symbolizing abundance and fertility such as the tree of life, passion flower and pomegranate on their facades, were used in the past to get more efficiency from the vineyards.

In Zelve, where there is a rock mosque and a monastery in the third valley, a Zelve Mosque converted from a church reflects the landforms of the region with its ashlar walls and altar carved into the rock. The minaret of the mosque, which has adapted to the natural appearance of the Zelve Valley, has 4 columns, while the minaret with a pointed cap is the product of the architectural tradition reflecting the "Baldaken" style, which symbolizes the early Ottoman period.

Just behind the mosque, there is a millstone, which stands in its original form. Numerous chapels with crosses and frescoes are rarely seen in the upper and lower parts of the valley.

How to get to Zelve Open-Air Museum?

Zelve Open-Air Museum is located 7 km away from Avanos district of Nevsehir. Regular flights are made from Istanbul, Antalya and Izmir to Nevsehir Cappodocia Airport, the closest airport to Zelve, located in the south of the district. Flights are getting more frequent in summer.

What to Do: 12 Best Things to Do in Cappadocia

The Story of Traveling to the Sky: Cappadocia Hot-Air Balloon Tour

The Story of Traveling to the Sky: Cappadocia Hot-Air Balloon Tour 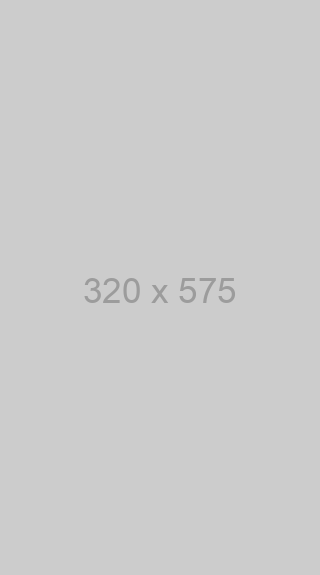